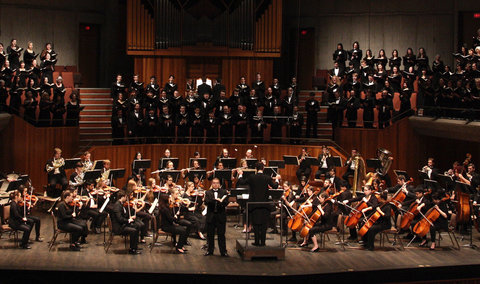 The 180-voice UVic Chorus features UVic students and community member and is currently conducted by Adam Con. Annual performances include a concert with the UVic Orchestra as well as their season December concert at Christ Church Cathedral.

Since the UVic Chorus was formed in 1969, the 180-voice group has performed many of the masterworks for chorus, orchestra, and soloists, including Bach’s Mass in B Minor, Verdi’s Requiem, Mendelssohn’s Elijah, Haydn’s Creation, Carmina Burana by Carl Orff, the War Requiem of Benjamin Britten, and Mahler’s Symphony of a Thousand.