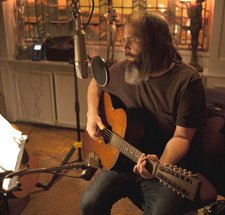 A protégé of legendary songwriters Townes Van Zandt and Guy Clark, Steve Earle has proven his mastery as a singer/songwriter in his own right. Earle came out of the gate blazing with 1986 release Guitar Town, followed by 1988’s chart topper Copperhead Road and never looked back. Since then his songs have been recorded by artists such as Johnny Cash, Willie Nelson, Emmylou Harris, Waylon Jennings, Joan Baez and countless others.

Steve Earle is set to release his 2011 album I'll Never Get Out Of This World Alive in April. The album is the anticipated follow up to the Grammy Award winning 2009 release Townes. The new 11-track album was produced by T Bone Burnett and is Earle's first collection of original material since his 2007 Grammy Award winning, Washington Square Serenade. The album also includes the celebrated song "This City," written for the HBO Original Series, Treme and had garnered Earle a 2011 Grammy Award Nomination for “Best Song Written for Motion Picture, Television or Other Visual Media Category”. Additionally, the song also earned Earle his first Emmy Award nomination for “Outstanding Original Music and Lyrics Category”.


After many years of touring solo and acoustically worldwide, Steve Earle will electrify audiences at the 2011 TD Victoria International JazzFest when his highly celebrated live band, The Dukes join him on stage! 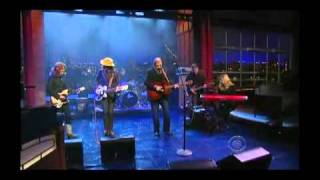 Steve Earle with The Duke (and the Duchess feat Allison Moor...