The show must go on at UNO Festival (online, that is)
Add / Link Article 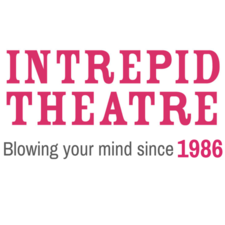 Producers of the annual UNO Fest (May-June), Victoria Fringe (August-September), queer theatre festival OUTstages (February), and a presenting series; Intrepid Theatre has been the primary presenter of national and international alternative and interdisciplinary theatre in Victoria, BC for over thirty years, and the city's home-base for touring and emerging contemporary theatre artists.

Intrepid Theatre has produced over 70 theatre festivals in Victoria, since 1987, and has additionally presented dozens of touring productions from around the world. In its series, it has presented work and companies including Neworld Theatre, 2b theatre, L’Orchestre D’Hommes Orchestres, Mike Daisey, The Old Trout Puppet Workshop, Seinendan Co and Bunkaza Co (Japan), Tim Crouch (UK), Circa (Australia), Volcano, The Tiger Lillies, Hoipolloi (UK), MT Space, and La Compagnie Chaliwaté (Belgium).

The show must go on at UNO Festival (online, that is)
Add / Link Article
Submit info on this Resource to our admins