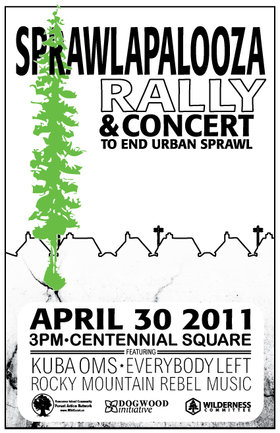 KUBA OMS BIO The time is now for Kuba Oms, the Canadian singer who mines 70s-era soul, funk and rock n’ roll on his solo debut, How Much Time, to be released Sept. 29th on Digniti/Warner. As the long-time musical director of the live house jam band Velvet, he has taken a contemporary approach to his own project that could be likened to a cro... more info
Audio: Electrolove (Bonus Single), This Heaven Feat. dbClifford (Velvet Mix), Wherever You Are

other sites: myspace
"Rocky Mountain Rebel Music is a musical party on a rampage. A juggernaut that is one part ska/reggae band and one part funk-rock, all with the Take-No-Prisoners/DIY ethic of punk rock and a slight Latin flavour. At 9 members strong, RMRM brings an onslaught of vocalists, guitars, keys, horns and percussion to the table." The Zone 91.3FM. ... more info
Audio: Try So Hard
Articles: Interview with Rocky Mountain Rebel Music
Videos:

other sites: myspace
Space influenced Rock and Roll from Victoria BC more info
Submit info on this show to our admins