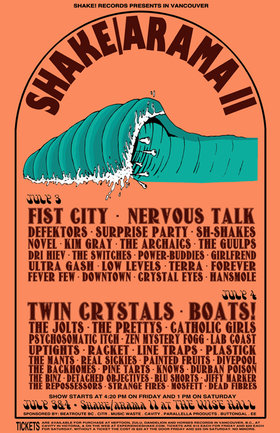 The Pretty's are a rock 'n roll band from Vancouver B.C. They draw heavily from the proto-punk bands of the 60's and early 70's (The MC5, The New York Dolls, The Stooges, The Dictators etc.) more info
Videos: 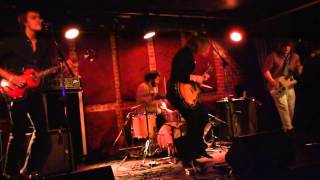 The Mants are a garage rock trio based in Victoria, BC Canada. They perform in suits and rubber ant heads. The Mants play hi-octane B-movie fueled schtick rawk that owes equally to The Sonics, Billy Childish and pulp sci-fi novels from the 50's. more info

The Binz released their debut LP, How to Freak Out Responsibly About the Rise of the Robots in 2014, recorded with Jesse Gander (Japandroids, White Lung, Anciients) at the Hive Creative Labs and Rain City Recorders in Vancouver, B.C. The album builds on the foundation The Binz laid down with their debut self-titled EP in 2013. How to Freak Out Res... more info
Audio: Trouble on the Horizon, Suffer

The Backhomes is the musical project of Kees Dekker and Aimee van Drimmelen. http://thebackhomes.com/ more info

other sites:
Garage soul from Victoria BC? more info
Submit info on this show to our admins