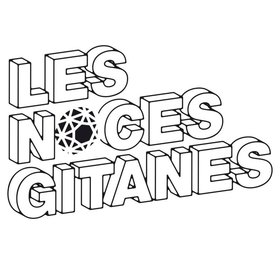 The Eventide Music Series! A free, all-ages, accessible, outdoor, multi-week series of musical performances. Eventide was developed as a partnership effort to animate Centennial Square and to support the local, emerging and diverse music scene in Victoria, BC.

Make sure to head to http://www.eventidevictoria.com for more information on the rest of the 10 FREE all-ages shows happening in Centennial Square!

Les Noces Gitanes are making their way to Victoria all the way from Angers et Tours, France. Taking influence from a variety of cultures and genres, they produce music self-described as Balkan’ Flamenco. They’ve had the opportunity to play all across the world including during 2014 Fashion Week in Vancouver. We’re looking forward to experiencing their rich on-stage energy and enthusiasm during the Francophone Society’s showcase on July 14.

After releasing her debut album 10 000 last year, Emilie & Ogden embarked on a US tour in support of Half Moon Run. There she was able to reach new audiences to showcase her phenomenal talent both as musician and as a lyricist. Her sound is beautiful and unique as she says that her harp (Ogden) is as autonomous as she is within the band. She’ll not only be joined by her harp but also her touring bandmates on stage at Centennial Square on July 14th as part of the Francophone Society’s showcase.

Pascale Goodrich-Black has been performing rock, gospel and jazz music all of her life. Her debut acoustic album My Crooked Line was released in 2007. She'll be playing the Centennial Square stage on July 14 during the Victoria Francophone Society show.

Pascale Goodrich-Black has been singing and writing her whole life. As a teenager she discovered how powerful and cathartic music could be and started singing to pour out all of the emotions and experiences that overwhelmed her. Having sung gospel and jazz music for years, Pascale is also greatly inspired by roots and bluegrass music. This proje... more info
Audio: Si Je Peux Te Dechiffrer, We Were Three
Submit info on this show to our admins