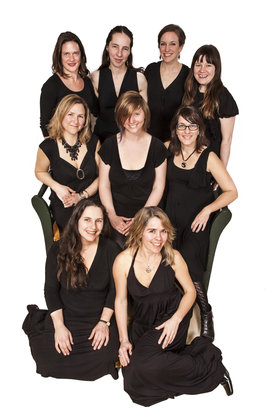 Music: Folk / Celtic / Latin / World
Join the Balkan Babes for a cozy and harmonious afternoon as they sing to celebrate the season!

Multiple award winning 9 woman vocal group Balkan Babes began in Victoria in 1999 as a community of women learning and sharing a capella folk music from various regions of the Balkans. By 2005, the Balkan Babes had evolved from a grassroots choir to a performance-oriented vocal ensemble, remaining dedicated to the challenging and highly rewarding ... more info
Submit info on this show to our admins